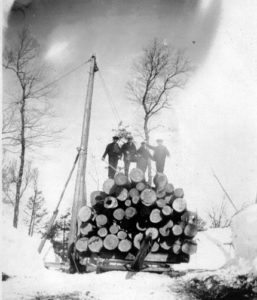 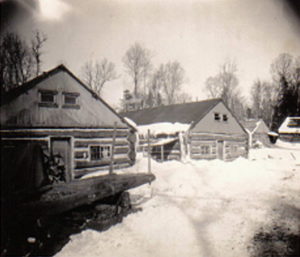 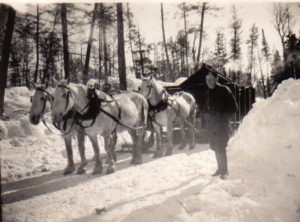 Mining needed abundant supplies of lumber to timber the mines, shafts, rock houses and smelters and timber for homes and business to support the large labor force which was needed for production in the mines. Logging camps set up quickly. Camps, deep in the forest, were complete with cook shacks, bunk houses, etc. as the men lived and worked all winter until the spring breakup. Logs were dragged on sleds in winter or loaded onto wagons in summer.  Average daily wage $ .50 to $.75 per day.

Logging and Sawmills in the Bessemer Area
Written by
Mr. Richard Steiger

The opening of the Gogebic Iron Range in the 1880’s brought an immediate need for basic construction materials.  Lumber was high on the want list of essential construction materials.  The area was rich in timber resources, both softwood (Eastern White Pine, Hemlock), and hardwood (Maple, Birch).  The need for these materials meant opportunity and it attracted lumbermen to the area.

In 1884 Hubbard & Weed Company of Menominee MI built a sizeable sawmill in Ramsay. It was located in the Ramsay park area just south of the Keystone Bridge.  It consisted of a two level steam driven sawmill, boiler and engine house, blacksmith shop, refuse burner, supply and storage buildings, lumber sheds, and an office building. It had railroad service to the mill site.  Logs were supplied primarily from a six mile area south of Ramsay along the Black River.  White Pine and Hemlock were the primary species cut at the mill.  This wood was abundant and cheap, and made good construction lumber.

In 1889 the mill site had a devastating night fire that could be seen from Bessemer.The buildings, machinery, and lumber inventory all burned.  The company did not rebuild.

The second major sawmill to the Bessemer area occurred in 1932 with the announcement from the Underwood Veneer Company of Wausau Wisconsin of their plans to establish operations on the west side of Bessemer.  The facility would encompass forty acres and consist of a steam driven sawmill, boiler and engine house, planning mill, cutting department, storage buildings, a vast yard storage area for lumber inventory, and a office building.  Rail was installed to connect the facility to the railroads serving the area, namely the Duluth South Shore Railroad, Soo Line, and C&NW Railroad.  The Company started producing lumber in the spring of 1933.  It employed 150 men for its combined logging and sawmill operations.

The 1930’s was the period of America’s Great Depression.  The outlook for the timber and lumber industry was not bright, but the Underwood Company persevered with their plans.  Economic reality of market conditions forced the Company to temporarily close down operations at various times in the 1930s and 1940s. The Underwood facility closed in 1951.

The third major sawmill to the Bessemer area occurred in 1945 with the announcement of the Steiger Lumber Company locating to the east side of Bessemer. The Company previously had a camp and sawmill operation in North Ironwood west of Black River harbor, during the 1939-1945 period.  The Company built a steam driven sawmill, boiler and engine house, planning mill, repair shop, and office building.  The C&NW and Soo Line Railroads provided rail service to the facility. Logs to support the sawmill operations came from the Company’s forestry lands, USFS sales, and private landowner sales. The sawmill started production in June, 1946.  In 1954 the Company was making sawmill renovations when a night fire occurred, destroying the sawmill. A new concrete and steel sawmill building was built with a modern band saw and riderless carriage.  Renovations occurred again in 1984. The Company continued to operate another 17 years, closing in 2001.

For more information see an article written by Mr. Sandene.

For more information on how wood was used in the mine see an article written by Mr. Sandene

HISTORY OF THE STEIGER LOGGING OPERATIONS
By Richard Steiger

The Steiger Company established its roots in the Great Depression.  Paul Steiger with brother Fred opened a camp near Lugerville, Wisconsin in 1932.  During the winter of 1938 they established a new operation in Ironwood Township west of Black River Habor.  At that time, the major production was making doors for the railroad companies.

The brothers began construction of a sawmill in Bessemer in the summer of l945 and the plant was operational on July 1, 1946 with a sawmill, planing mill land machine shop with 35 employees.

1954 the steam drivin sawmill underwent modernization with a new six-foot band saw, carriage and other machinery. April, 1954 a fire destroyed the plant. October 1, 1954 the plant was rebuilt and in operation.  In subsequent years dry kilns were added along with a new planing mill.  October, 1971 the Steiger Lumber Co. planing mill was destroyed by fire.  February, 1972 Steiger's Home Center opened on US-2. The summer of 1984 Steiger's sawmill underwent extensive machinery renovations.  Due to the decline of available timber resources in the area, the sawmill and other plant facilities closed in 2001.

PHOTOS BELOW FROM THE STEIGER LOGGING CAMPS 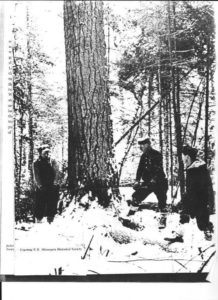 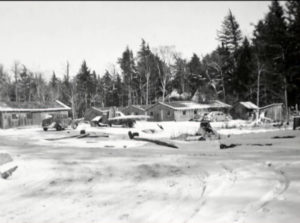 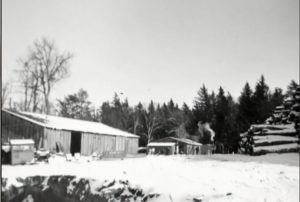 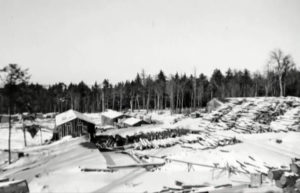 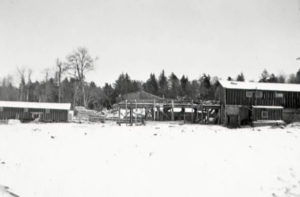 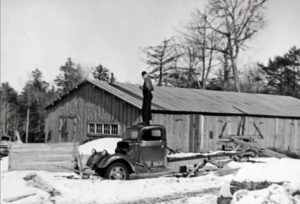 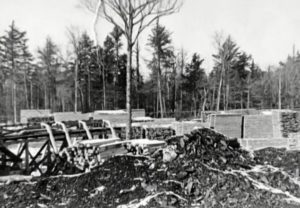 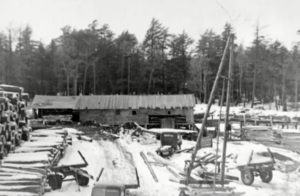 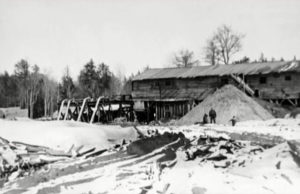 Underwood encompassed forty acres and consist of a steam driven sawmill, boiler and engine house, planning mill, cutting department, storage buildings, a vast yard storage area for lumber inventory, and a office building.  Rail was installed to connect the facility to the railroads serving the area, namely the Duluth South Shore Railroad, Soo Line, and C&NW Railroad.  The Company started producing lumber in the spring of 1933.  It employed 150 men for its combined logging and sawmill operations.

1932 The Underwood Veneer Plant of Wausau announced they were going to build a plant in Bessemer.  The sawmill, planning and cutting department buildings were erected in the fall.  200 people were to be employed. 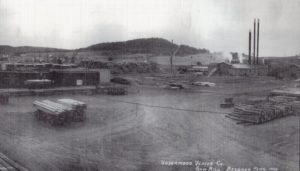 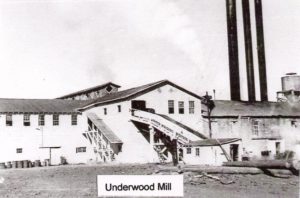 1933 The Underwood Veneer Company donated lumber for a 20 foot square bandstand on Mary Street behind the city hall.

The Underwood Company closed and reopened several times between 1934 and 1948 and finally closed permanently in 1951.

The Connor Land and Lumber CO purchased the mill, the property and the buildings.

1952  Through  a series of “quick claim” deeds The property and buildings were sold to the city and to the VFW Post No.3673 for an office building. In 1971 The VFW constructed a new building and in 1972 the city gave the VFW lots for parting on Lead Street

The Shackers: Another type of Finnish Jätka

By Ed Sandene Some of the men who cut the mining wood and pulpwood were “shackers”. They lived and worked in the forests where the type of wood they were cutting grew. Mostly this was cedar, balsam and spruce which was easy to cut with a one man saw. The picture shows the saws that […]

Logging in the Bessemer Area

By Ed Sandene When iron mining started in 1884 and the City of Bessemer was platted, the area began a rapid growth. Lumber was needed for homes, businesses and in the mines. There were large white pines in the uncut forests which produced a lot of the lumberFour Horse TeamSouth Bessemer Logging Campfor building. One […]

The Wood Needed to Make Iron (and how it got there)

By Ed Sandene A side effect for the economy in the iron mining regions was the need for all of the different types of wood products used underground. This created many jobs for loggers, their employees and small sawmill operators. During the early 1950’s I worked for a logger who specialized in serving the needs […]